It’s all about the knits here at the moment. This week, I wanted to try out a technique I haven’t used before – binding the neckline with ribbing, rather than a jersey band. So I asked my two-year old son to pick out his favourite knit fabrics from my stash and hunted through my Ottobre magazines for a suitable pattern.

He chose the bicycle-print organic cotton jersey leftover from his latest coat for the front and back. And we agreed on beige jersey (purchased from Fabrics Galore at Sewing for Pleasure in March) for the sleeves. He really wanted to use the rainbow ribbing I found in Stone Fabrics, and it goes surprisingly well with the colourful bikes. The pattern is number 17 from Ottobre 3/2015 in size 104cm and has a two-piece raglan short sleeve.

I don’t do a lot of tracing, so that was a mild annoyance, along with adding on the seam allowances by hand. Because he’s long and lean, I also added 2.5 cm to the length in the body.

This was a quick make, made even faster by using a four-thread overlock stitch for all the main seams. I spent some time puzzling over how to apply the ribbing because there were no instructions with the pattern, but I eventually located them tucked away in the back of the magazine. And them promptly did something different! 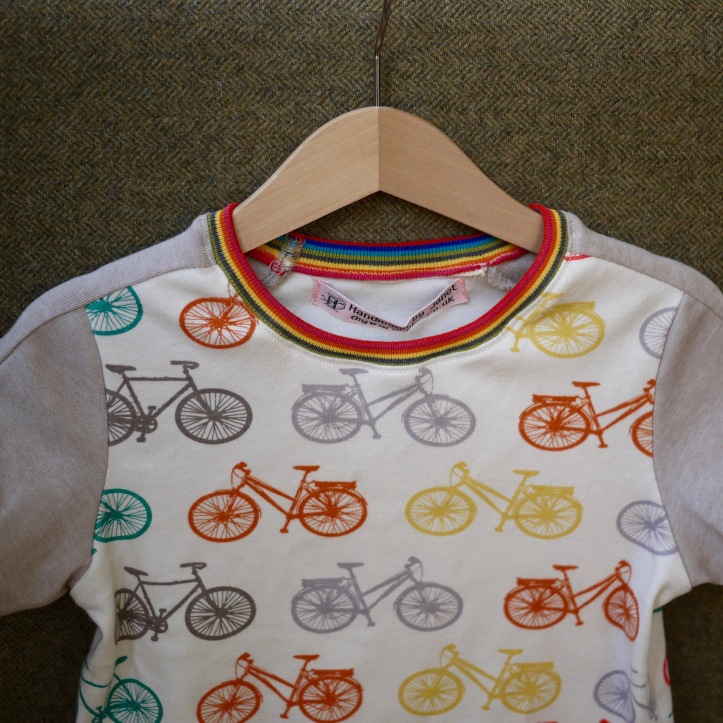 For the hems I fused on some seam interfacing before pressing them up and topstitching with a twin needle. The seam interfacing really helps prevent the puckering and twisting you can sometimes get with a topstitched hem on knit fabrics. But it does also restrict the stretch a bit, so I’d like to try another method next time – maybe bands, as demonstrated in the Renfrew top sewalong. 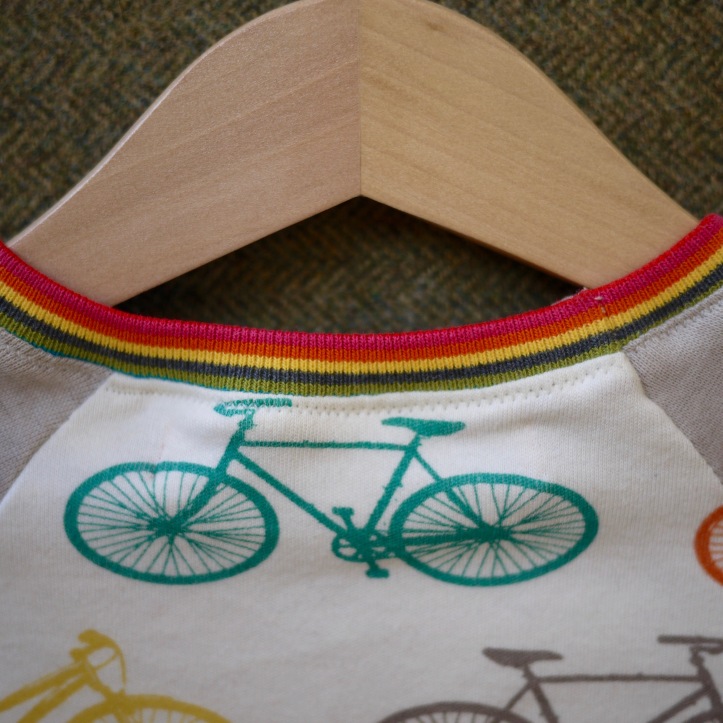 I’d love to show you how it looks on him, but so far he’s refused to wear it. I’m trying not to take that personally. Toddlers, huh?